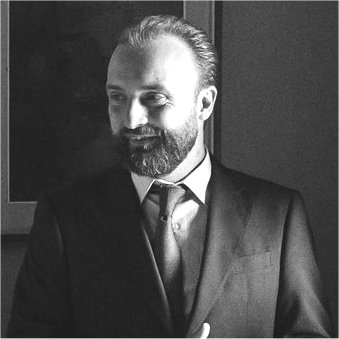 Enrico La Spina was born in Catania in October 1982. Since he was a child he has nurtured and cultivated a very confused love for music that still accompanies him.

In this context he has collected a multitude of varied experiences, participating in Cappella singing festivals, staging theatrical works, forming youth music groups, and studying composition of “cultured” music of the ‘900.

In this environment, by coming into contact with computer-mediated electronic music composers and fascinated by the potential offered by this instrument, he began his study of computer science by expanding his knowledge of the sector no longer relegated to the musical sphere alone.

While studying Communication Sciences at the University of Catania, he had his own retail radio-controlled model activity, thanks to which, a bit for fun, he had the opportunity to make his first experiences with electronics.
In the IT field he has enriched his wealth of experience by devoting himself in particular to the creation of playful applications for smartphones (currently this is his main field of work and study).

He studied at the Scientific High School and graduated in 2013.

It strongly believes in the potential of communication as a dangerous tool as it is useful in improving the society in which it acts. The phrase that inspires him and guides him is: “Let me compose the songs of a nation and I will not worry about those who make the laws” – Plato.